A chance to buy a two apartments which are already have a record of successful rentals, and an adjoining house which although liveable now, could do with renovation to turn it into a sizeable family house.

On the edge of Pinos del Valle, with stunning views across the valley to the Sierra Nevada and the Alpujarras; Casas Sara and Marta are two parts of a converted village house.  There are two distinct levels to the house, each of which could ideally be used for a family of four or for a group of up to eight. Even more appropriately, the house could be used as two separate living areas for two small families who wish to holiday together. Each level is completely independent of the other, with its own kitchen and bathroom.  There is a large roof terrace with a covered area for eating out; and a pretty patio with a small garden seven by seven with a small pool, approximately 3,5m x 2m. This is a delightful area for eating out or barbecuing.

The house is entered through a covered passageway which leads from the street to the garden. Off to the left of this passageway are the entrances to the two levels. The upper area of the first level has a double bedroom, a twin-bedded room and a bathroom.  There are steps leading down to the kitchen/dining/sitting room which has an open fireplace.  There is a door from the sitting room leading to the patio. The kitchen is fully-fitted. Both levels have their own washing machines.

The second level is entered directly into the kitchen/dining/sitting room, again with an open fireplace. Up a short flight of stairs are the bedrooms, as on the first level with one double and one twin-bedded room and a bathroom.  There is a further a stairway to the spacious roof terrace with fantastic views across the valley to the Sierra Nevada. There is plenty of space for parking to the front of the house, a rarity in Pinos. 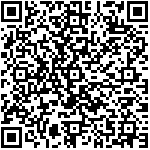